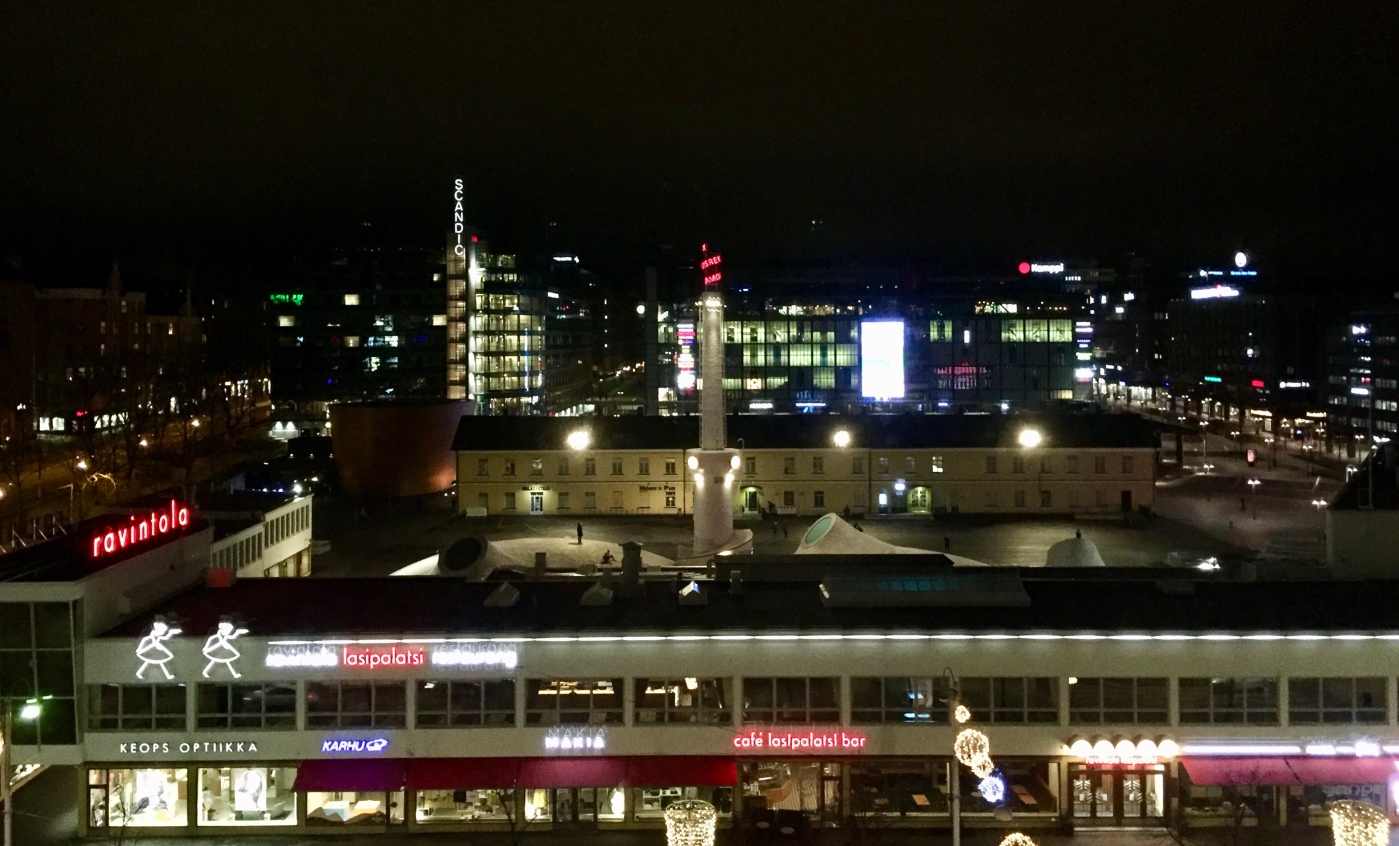 After arriving early (6:30am) after in Sunday Morning in Helsinki, we were thrilled to discover that our hotel was just across the square from the train station, and then to find out that our room would be available this early so we could go and shower, sleep, and then start the day fresh with breakfast. The customer service at the Sokos Hotel has been amazing.

The hotel itself is so conveniently located, the room is large enough with a window looking out into the city. It’s perfect for our 3 day final Scandinavian stop.

Helsinki itself is a pleasant surprise. The weather is of course overcast, drizzly and unpleasant, however the city centre feels bright. There are plenty of Christmas Lights up already as well as the city having other neon and colour. The windows reflect the Scandiavian sense of style and design, but the thing I’ve noticed is the pink stone that paves the streets and adds a warmth that helps against the grey.

It’s Father’s Day today in Finland (Sunday 11 November). The cafes and restaurants are busy and whether it’s because of Fathers Day or just because it’s the weekend, there seem to be quite a few people about. 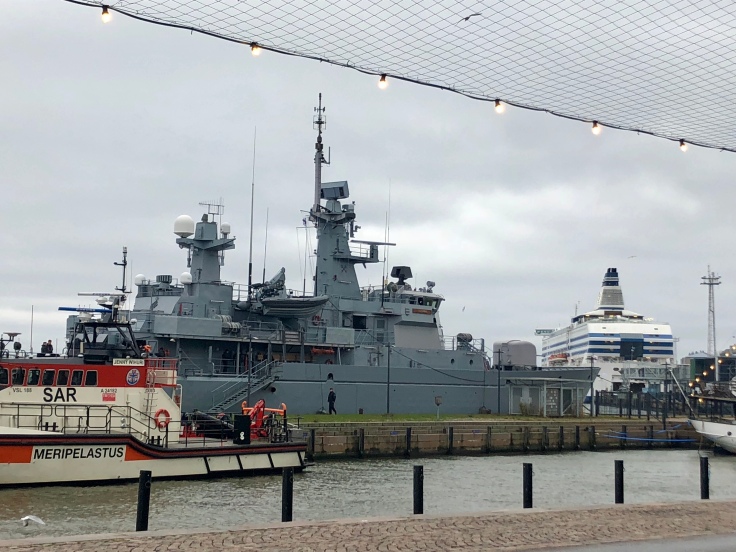 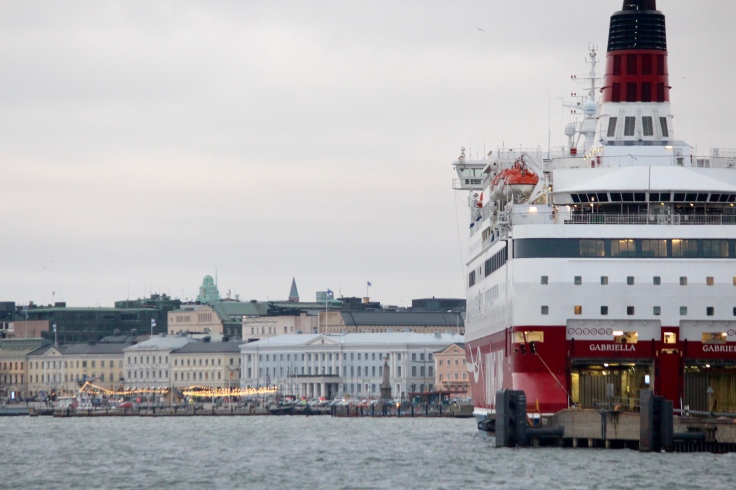 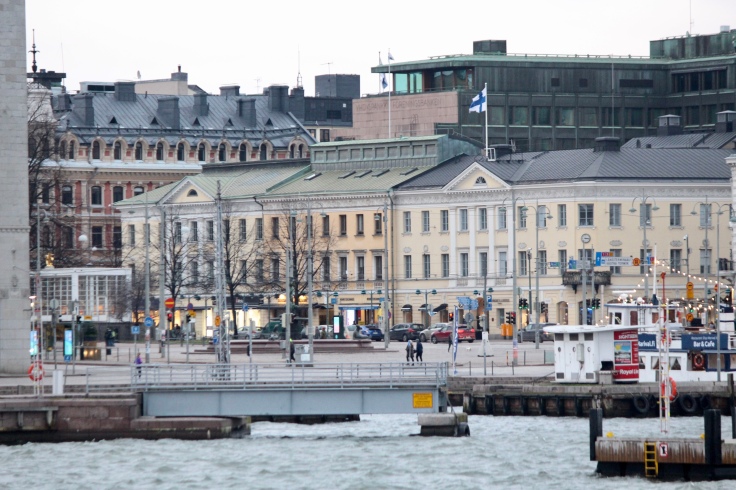 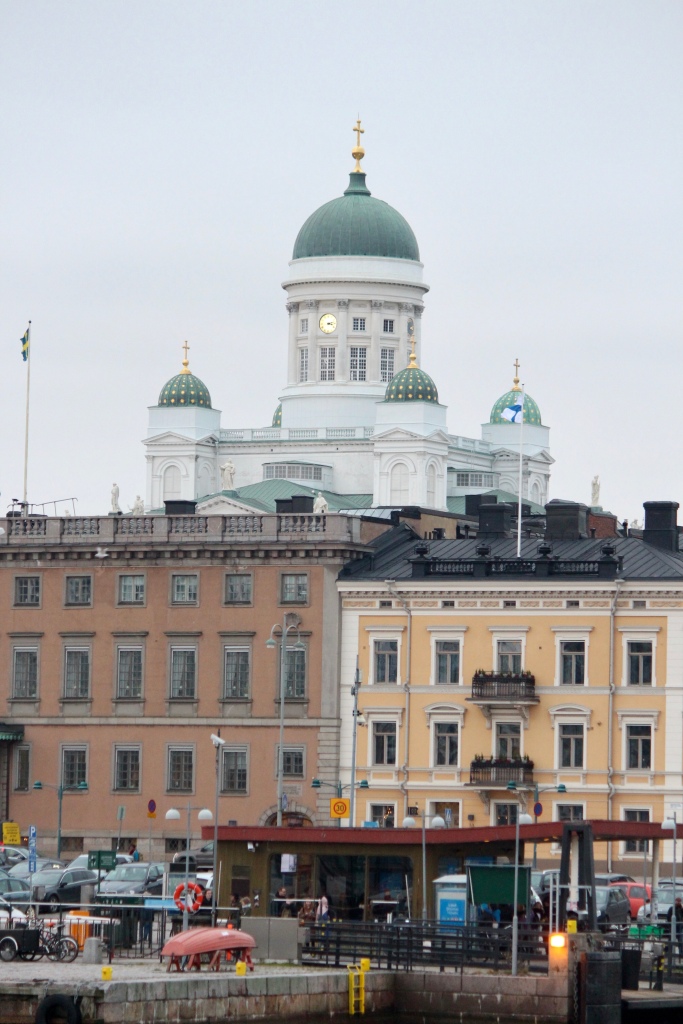 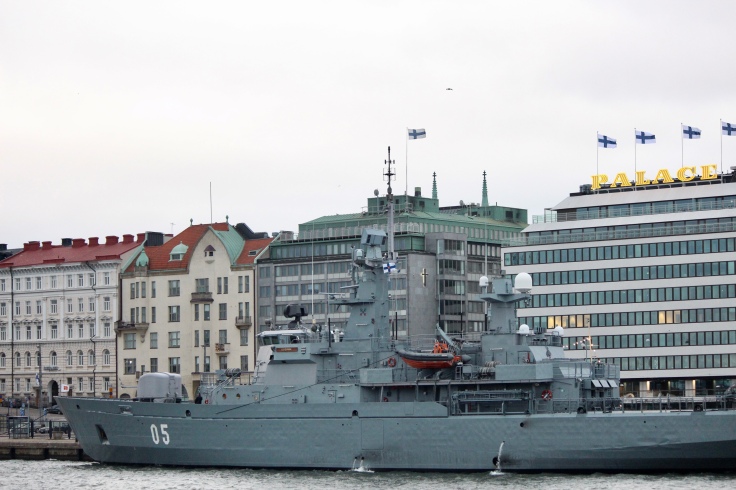 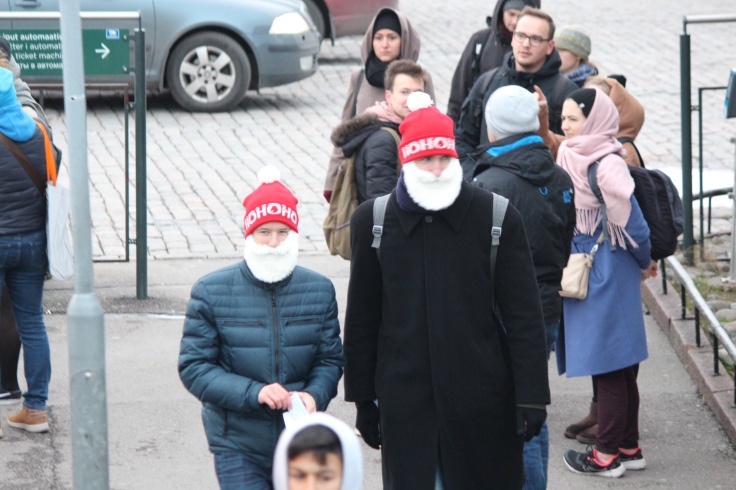 Our first port of call – quite literally – was the Harbour area. We had heard about the Sea Fortress and wanted to find the ferry to get across there. We had been told of an information centre down this way, only to find that it had closed down and was now located at the other end of town. So we headed to the wharf to try and figure out this ferry ticketing. It wasn’t too hard. We were guessing really. The only way to buy a ticket is via a machine which had English instructions, but it just wasn’t clear to us where we needed to go and what the best ticket to get would be. 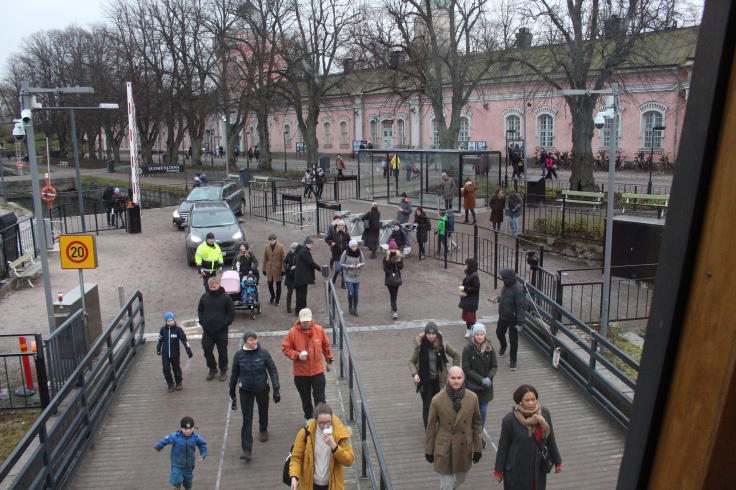 We found a crowd and waited amongst them all in a small glass room sheltering from the cold. According to the temperature sign on one of the buildings its been 5 degrees the whole time we’ve been here. According to the weather app its varied between 4 – 7 degrees with a ‘feels like’ factor of 0 to -6 degrees. The morning we were waiting for ferry it was -6. Or maybe not, but because we thought it would be 7, we didn’t layer up with all the thermals….we regretted that!

So we made it onto the ferry to Suomenlinna, Sveaborg. Helsinki Harbour is an archipelago. A collection of many small islands. A number of these islands have been put to use throughout history and still today. A group of 6 Islands make up the Sveaborg, or Sea Fortress, have rich historical significance as well as a residential population. It is a Unesco World Heritage Site.

Suomenlinna translates as ‘Castle of Finland’ although it never was an actual Castle. It occupies 6 of the nearly 500 islands near Helsinki, and construction started in 1748. The islands have an area of 80 hectares with the fortification walls being about 8km long. There are places for nearly 1000 cannons, some of which remain in place. By the end of the century it was the size of a town in population and had a garrison with barracks as well as a naval base, dry dock, storage and other buildings. 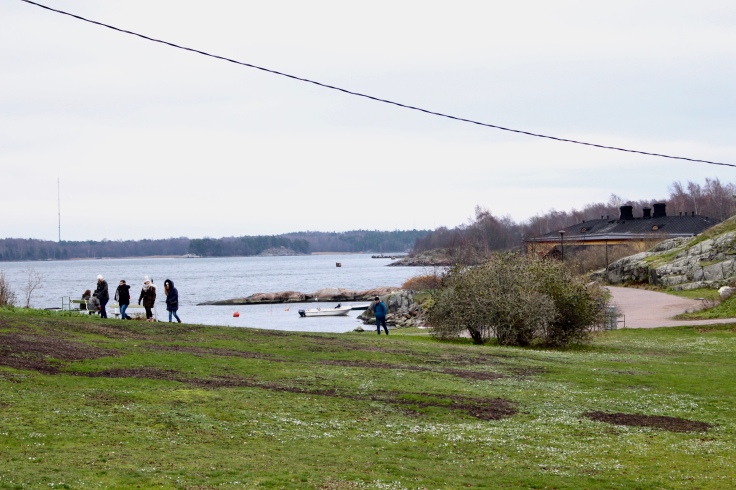 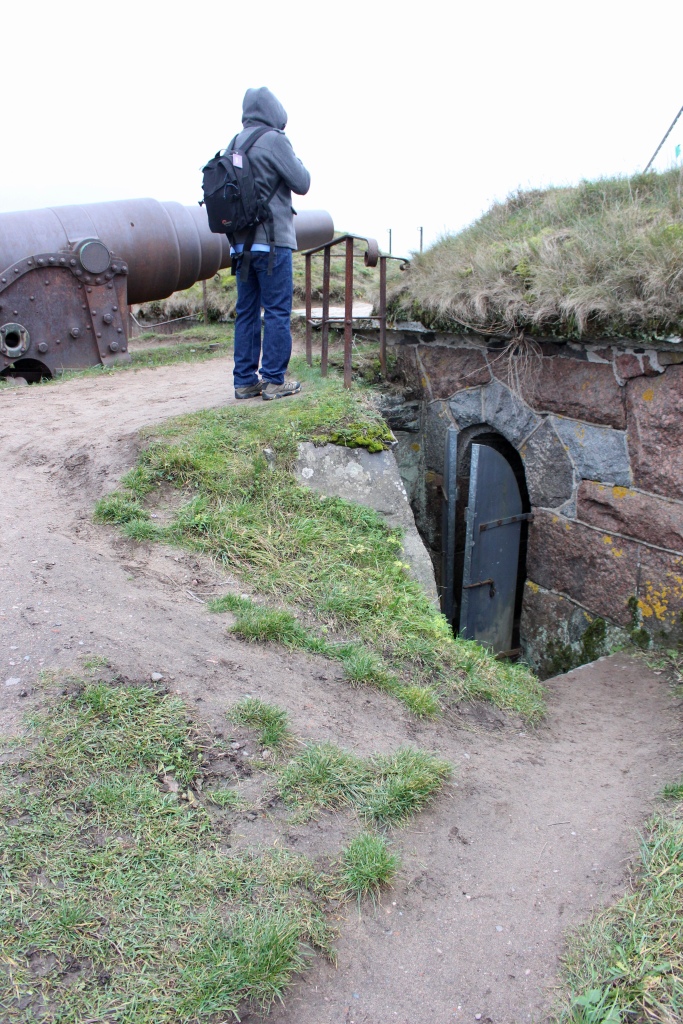 Czar Nikolai I assigned work to build a church on the islands. An Orthodox Church was built for use of the Garrison and was completed and dedicated in 1854. After Finland was liberated from Russia the building was stripped of all it’s Orthodox adornment and converted to an Evangelical Lutheran Church. As late as 1960 it was returned to the Lutheran Parishes from the Garrison and was later renovated and rededicated for parish use.

Today it still houses and operates a lighthouse for ship and air traffic. Around the church is a ‘fence’ created from the Swedish gun barrels and chains from the 1850’s. The bell is the largest in Finland and was made in Moscow in 1885 – it weighs 6683kgs.

In 1808 during the War of Finland the fortress surrendered to Russia. The islands were then used as a Russian Garrison for 110 years. When Finland gained its independence form Russia in 1917 a Finnish Civil War broke out between the white and red factions.

After the nearly 4 month war, the White side with the aid of Germany, were victorious. Many who fought alongside the Reds were thrown into prison camps. About 10,000 prisoners were brought to Suomenlinna prison camp located on these islands. It was a dark time in the islands history. Many suffered and were executed without fair trial or judicial process. The prison camp was closed in March 1919. There were photos of the conditions and the island during this time.

After our visit to the islands and return ferry we wandered around admiring the streets, lights and did some shopping. My suitcase had broken a wheel and also the handle and needed replacing. We took a number of photos as we walked around. We at dinner at a popular Italian Restaurant near Senate Square before calling it a day! 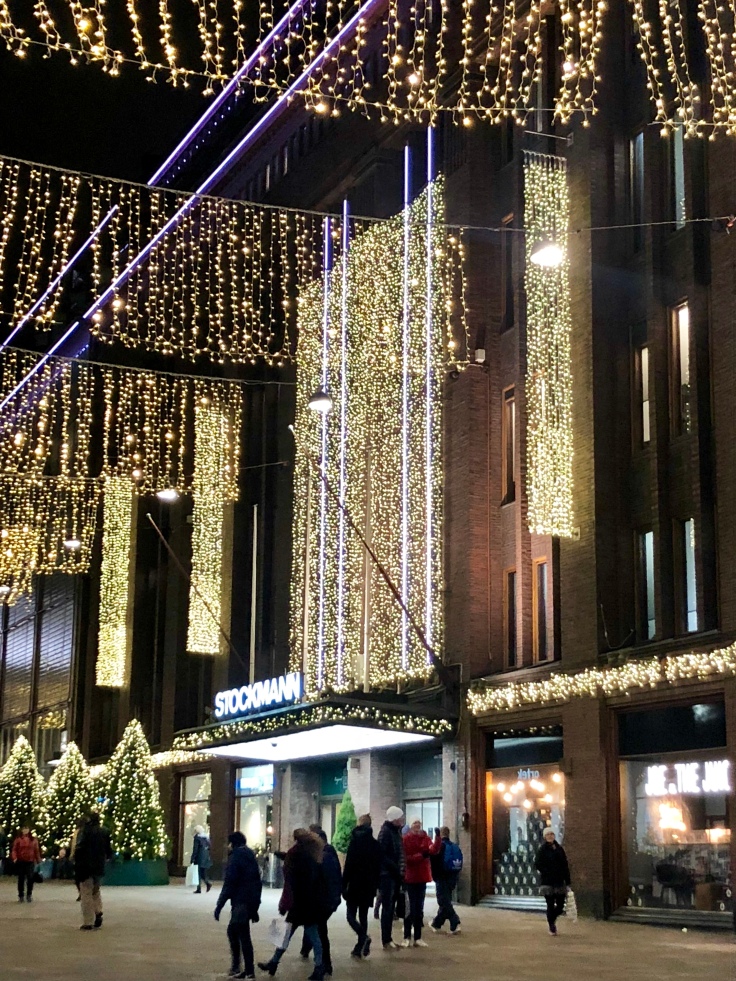 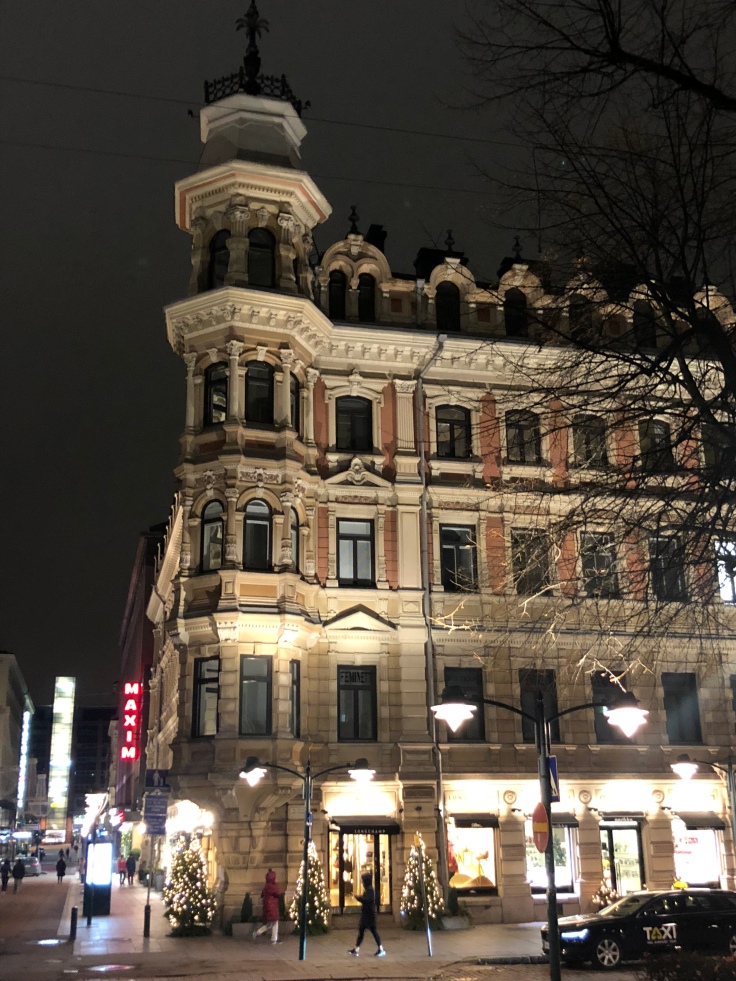 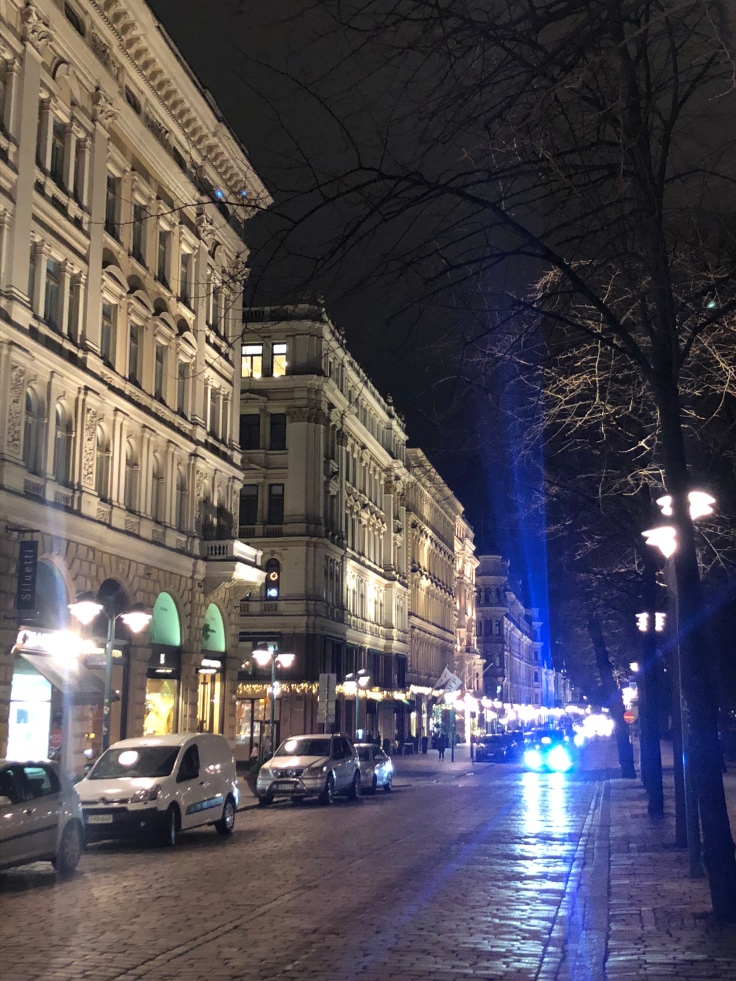 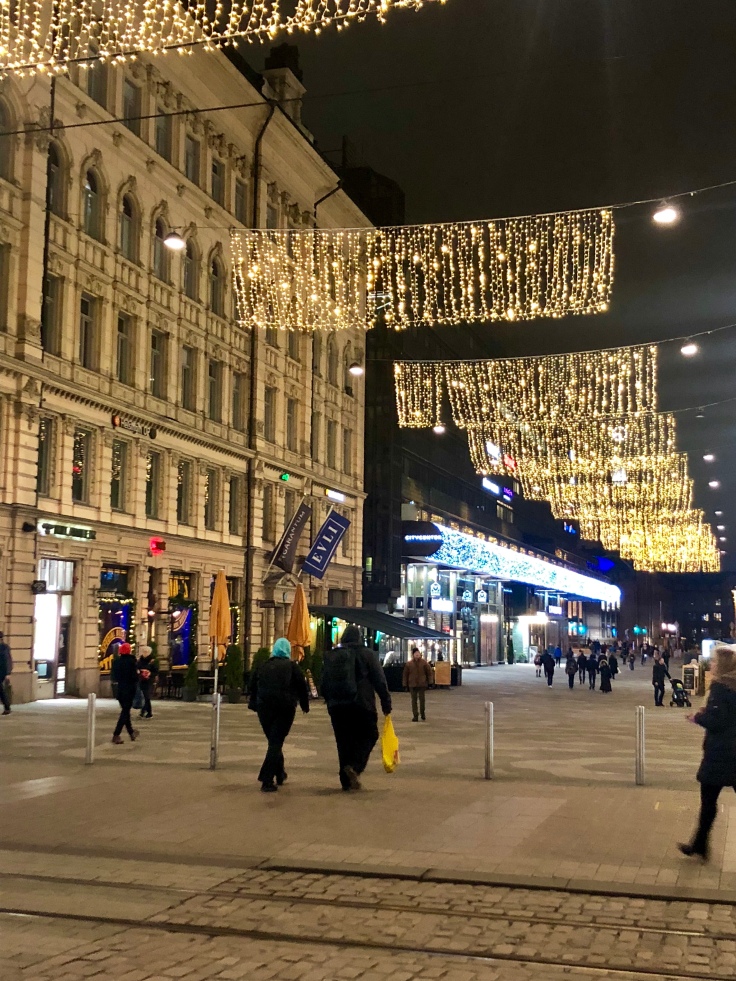 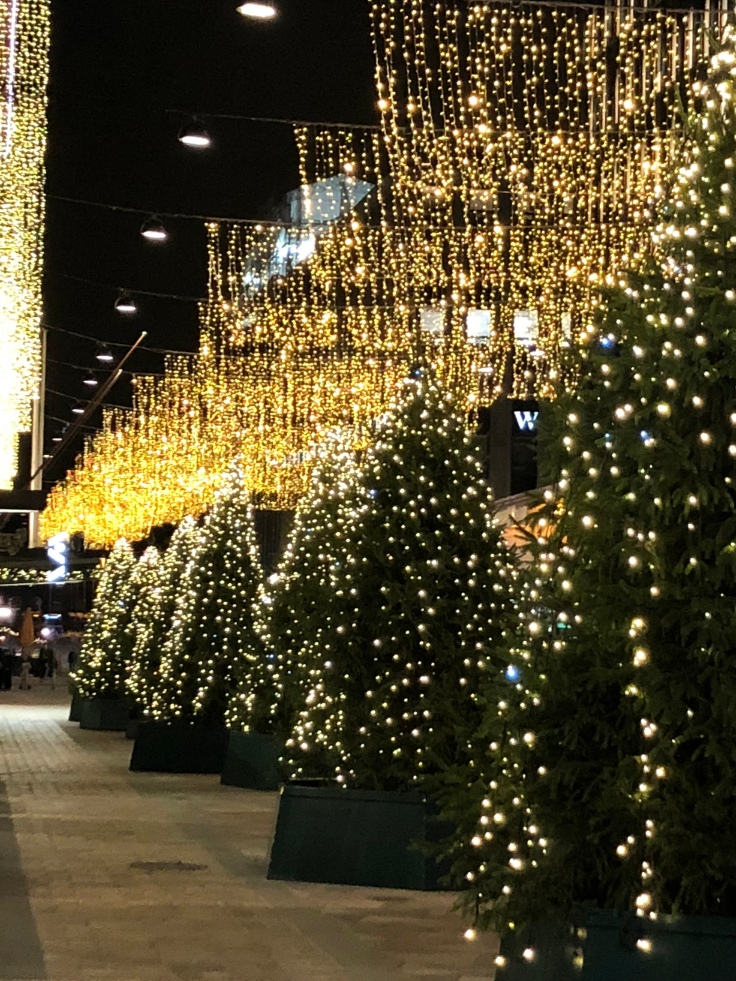 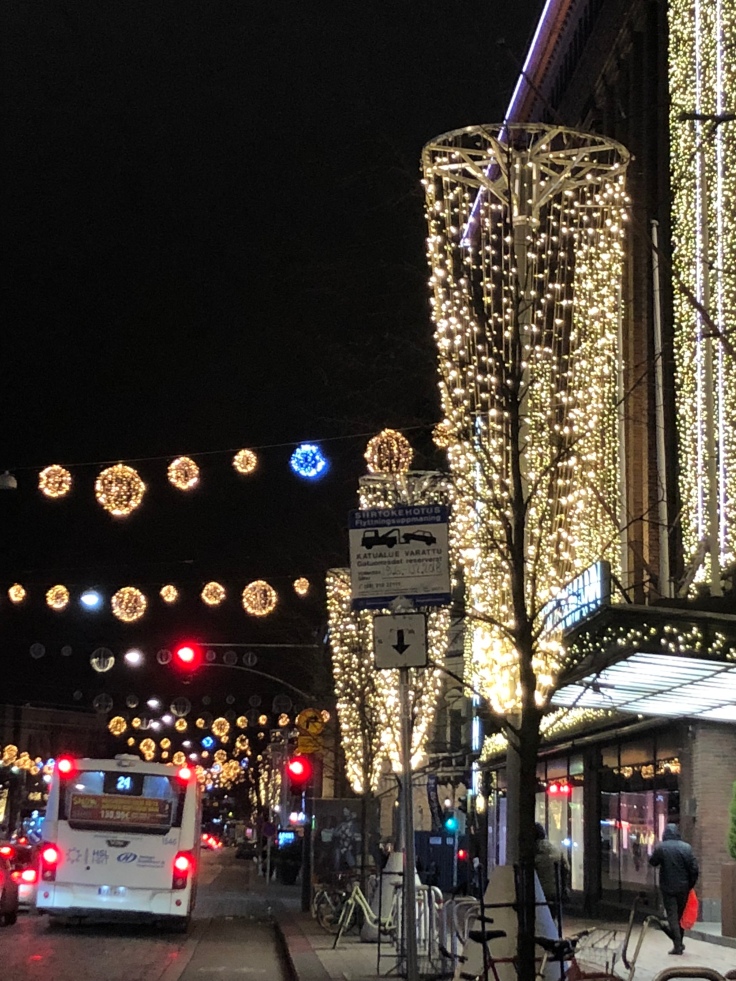 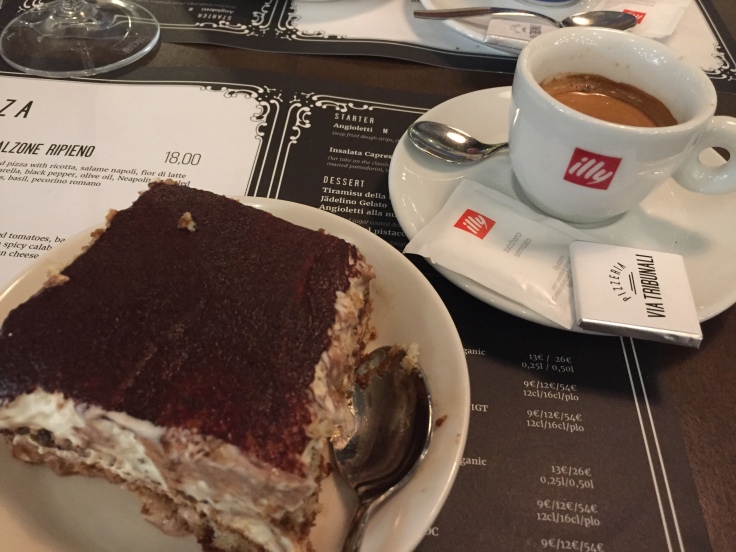 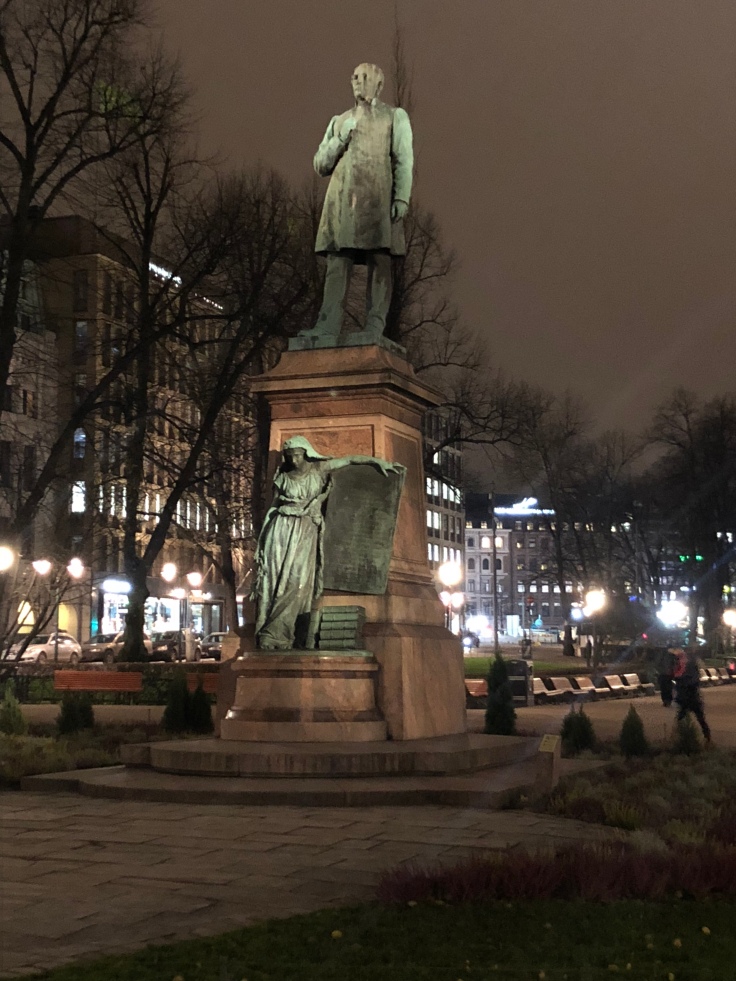 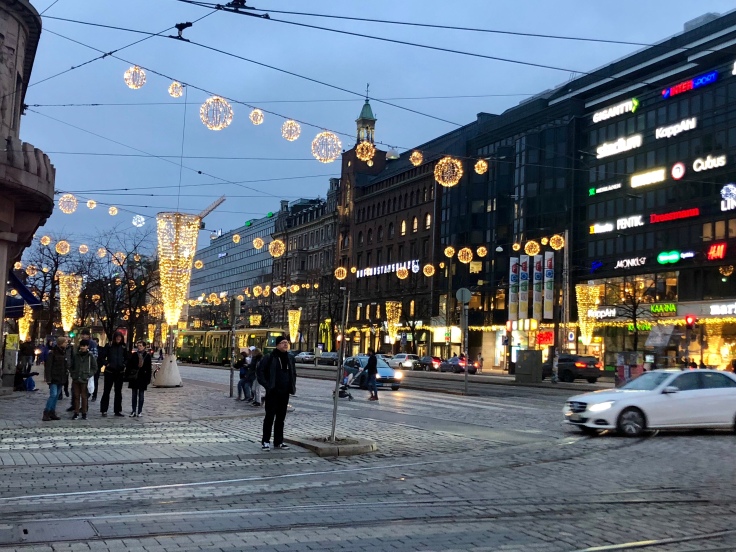