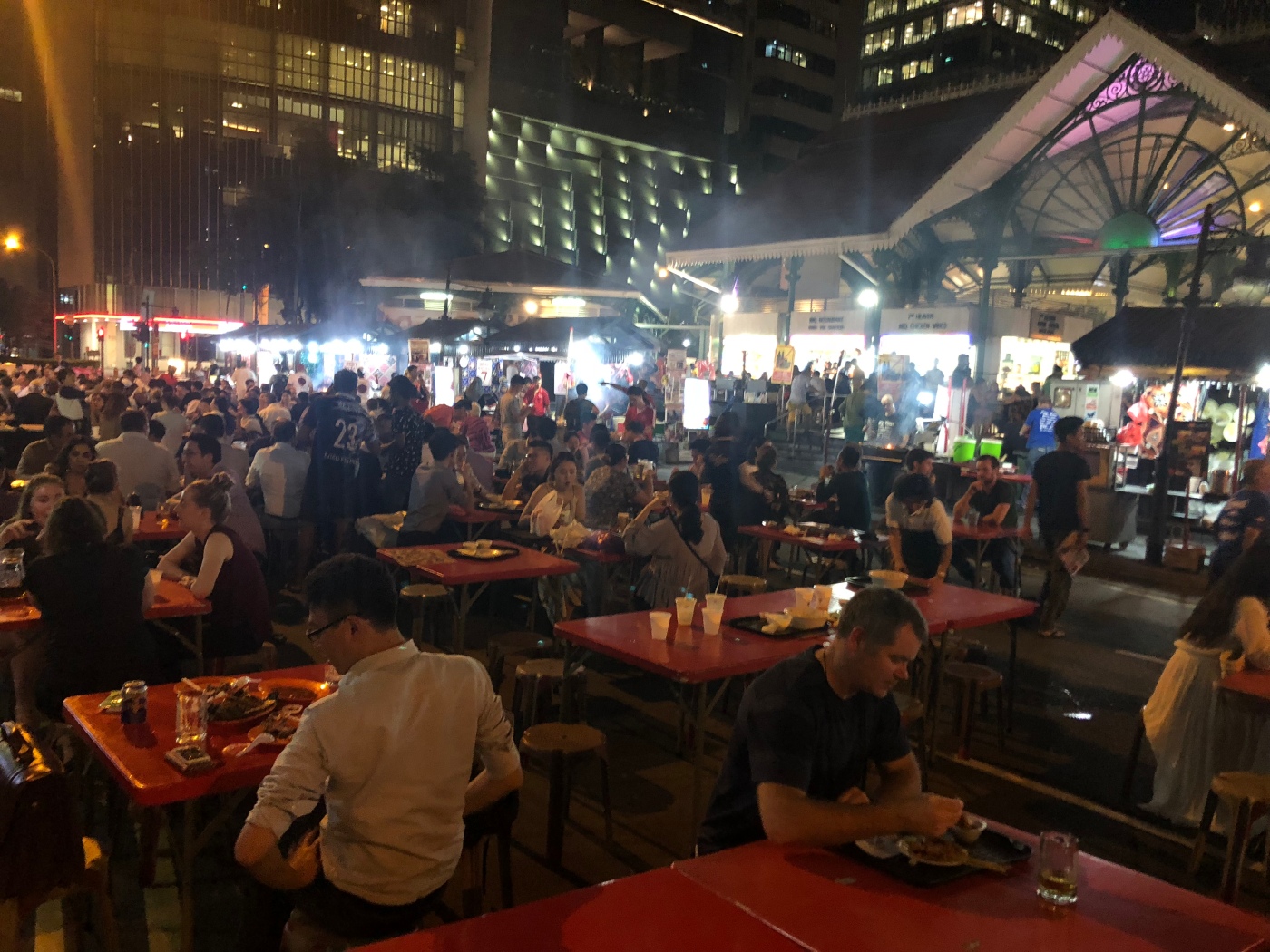 We arrived in Singapore local time just before 5pm on Wednesday.

From the minute we stepped off the plane we walked through without queuing at border control, bags were on the carousel within minutes and we walked out through customers without any holdups. So efficient!

Out in the terminal we found the signs to the trains and followed them right through to the ticket office to catch a metro train into the city.

It took about 30mins on the metro to arrive at City Hall Station, and then a 2 minute walk to the Grand Park City Hall Hotel.

Upon arrival we were instructed to download an app which will serve as our key and controls for everything within the room. There are no light switches. Everything will be managed through this app. We could even set it up using the photo of our passport to have facial recognition, so that anytime we enter the hotel, it knows our room and our preferences…that’s just a bit too future for me!

We used the key and lighting controls though. It’s all a bit ‘Jetson’s’. I’ve heard about this technology back in Australia and I don’t know if it’s the norm in domestic setting here yet, but I guess it won’t be long and we’ll all be wired for light as well as sound!

The hotel room is perfect! After a long day out and about in Helsinki followed by a 11 hour flight I was so glad to see a nice deep bath tub! After a soak and freshen up we set off in search of dinner and to orient myself for work tomorrow.

We easily found the office and then walked about 5 minutes (in what ended up being the opposite of where we intended), and luck had it we stumbled across a great ‘Hawker Food Market’. These markets are dotted around everywhere in Singapore, and perhaps they vary in quality and popularity, but it seemed we found a good one. It was really busy and vibrant. The food options were overwhelming. We walked around and around for a while before we settled on some awesome Thai food. I really don’t think we could go wrong. Andy then found the ‘Best Satay’ stretch of outlets. This was an outside area the stretched what seemed a full block of many bbq’s and kiosks all cooking up their best satay. There were hundreds of people sitting outside tucking in to plates and piles of satay prawns, chicken, beef. How could we not give it a go?!

The smells, sounds, tastes…all so wonderful!

We got lost again, but soon found a metro station and navigated our way back to the Hotel. Looking forward to spending some time reacquainting with Singapore. It’s been about 15years since I was last here, and longer for Andy. It has undergone many changes and much development in that time. Can’t wait to explore!